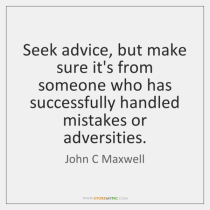 Like most mamas, I spend a large portion of my day in the car. And, since I have enough voices in my head fighting for space, I avoid the radio; self-selected podcasts, book on Audible or my Pandora “Thumbprint” station are my driving companions. My Fave’s a radio guy so when we’re in his car, I typically get some sort of reminder why radio bugs me.

Yesterday afternoon, we were headed home after pizza at one of our favorite spots and a commercial came on the radio. The voice assured the listener that if they have “gotten into credit card debt and the card issuer is insisting that they need to pay it all back, they don’t. There are ways you can pay less than you owe and not file for bankruptcy.” It brought back a commercial that snuck in while getting into my car the other day about “credit card debt not being your fault; the credit card companies trick you…” I cut that one off there.

I watch TV about as much as I listen to live radio so my news comes from multiple digital outlets. In my scroll yesterday, I came across a headline that Roseanne Barr was blaming Michelle Obama for getting fired. I lean to the right-side of center and, while I appreciate the need for nutrition in school lunches, I think we have more pressing matters in our schools that could have used attention for a period of 8 years. I am also not a huge Roseanne fan for a stack of reasons; the fact I’m not a TV person doesn’t work in her favor but overall my impression is she’s into “shock value” to stir the pot and I’m not a fan. I say all that because I don’t really have a loyalty to either of these women and will admit that I didn’t read the story because we all know if I click on that headline, Google is going to take note and blast Roseanne and Michelle stories at me for days!

“The temptations in your life are no different from what others experience. And God is faithful. He will not allow the temptation to be more than you can stand. When you are tempted, he will show you a way out so that you can endure.” 1 Corinthians 10:13

The headline, along with the credit card ads and then today’s verse of the day, got me thinking about “taking a moment” before we act/speak/text/Tweet/Snap/etc., accepting responsibility and a growing sense of entitlement that seems to have led many to believe that nothing is ever their fault – it’s always someone else who made us do/think/say/spend/believe/Tweet/post/etc. I don’t know if we’re becoming the zombies we watch on TV, incapable of controlling our thoughts and actions or if we’ve taken “You’re awesome and can do anything you want no matter what anyone says” to the extreme, believing that anything means “anything, everything, and no one can tell me otherwise even if it’s wrong”. Maybe we’re becoming a group of people who approach life with such a sense of “playing defense” that we justify behavior by shifting the blame to someone else or are living our lives behind a screen so much that “I didn’t mean it that way; I don’t care how you took it because I can’t see your face; It’s not my fault you’re sensitive.” sound like plausible reactions for the damage we do to each other.

“The devil made me do it.” is not a credible defense y’all. We have to own our stuff. Shifting blame to someone else doesn’t make our “ick” more okay than someone else’s. There is serious wisdom in “When you point a finger at someone else, there are 3 pointing back at you.”

As a child of the 80’s, WWJD was a thing; we all, blew it off as either “corny” or, as Catholics, as “enough with the guilt and impending judgement.” I’m not so sure hitting the “pause” button wouldn’t have made me make some (a lot) of different choices. And any pre-social media kid will tell you how grateful we are that there was really no way to record, post and preserve every mistake we ever made. Maybe “What Would Jesus Do?” was onto something. I have gone both ways on making choices as a Christian; hit “pause”  and given it a moment; hit “fast-forward”, full steam ahead then saw the mess I left behind, at which point I get to make a choice to “own my ick” or slough off responsibility. I’ve done both sides of the “aftermath” options, too.

Not a fan of Jesus? So what would ________ do? “Blank” could be someone you trust, admire and exhibits integrity and empathy; someone who is others-focused and tries to approach life with a belief that they never know the battles people are facing each day; someone who wants to leave people and places better then they found them.

And if all of that fails you, I’ll share how we approach middle schoolers. Its focus is social media but it seems applicable for just about an temptation or reaction?

And then, “own it”. Humans aren’t made to be perfect; even Christian humans. But we have to own our stuff or it creates more conflict which leads to hurt people in 100’s of ways – hurt people, hurt people. And our world could use a whole lot less hurt. ♥