I wrote the piece below early Thursday morning, My Fave’s 51st birthday, and intended to post it between getting the boys to school and surprising the Birthday Boy with lunch. As I was dropping our youngest off, a text from a member of my tribe about a beloved student who was fighting for his life came across my phone. It was followed by news from my mom that her partner of more than 20 years had complications from what should have been a simple pacemaker implant and was now sedated in ICU. We managed to make lunch happen but the medical news and running of kids resulted in My Fave’s special day becoming almost like any other; fine with him but I think family birthday celebrations are important so I felt like it was a total #WifeFail.

The sweet student with an infectious smile and hugs like no other was called Home at 5:57 a.m. on Friday. A long-awaited print project for a client finally arrived and looked nothing like I’d hoped for or promised my partner it would. After-school plans didn’t go as planned, which in the moment felt like the end of the world; my youngest took the brunt at which point the “voices” were more than happy to kick in with “You know there is a way out; the people you claim to love would be better off; you’re f—ing crazy and they don’t deserve this.” A good cry in the shower, that must have lasted forever because I finally got out when I realized cold water was pouring over me, gave way to a reminder of the Air 1 Verse of the Day that had arrived in my email earlier that morning… 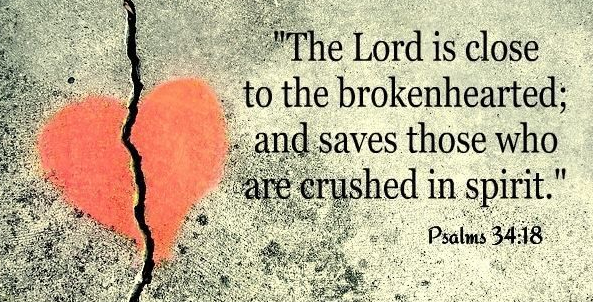 On the way to a belated birthday dinner last night, my mom texted to tell me that our patient was progressing: the respirator was out and he was awake. The hospital he’s in was on our way to the restaurant and the text arrived just as we were driving past. We had an amazing family dinner – lots of laughing and story-telling and 2 very wise servers who were willing to build into our boys for a few moments. As we were driving home, a seasoned and wise neighbor, I don’t know well and didn’t know was a fellow Warrior, sent an email with information about how our community was supporting our hurting school family. She included a portion of her story and an open offer for me to call/text anytime day or night if I needed someone to listen or a place to fall apart. She had no way of knowing about my battle with the demons just hours earlier or that the “always got it together” mama most of our community sees is anything but “together” right now. This verse greeted me this morning…

We aren’t meant to do life solo, y’all. Be good to each other. Be in community. Be generous with grace, tolerance, forgiveness, understanding. Be ready to listen (not to reply but to really listen). Be aware that everyone we meet, everyone, is battling something we know nothing about. In a world of turmoil and division, be love.♥

4 days ago, I signed off of my social media platforms after the Covington Catholic story began to unfold in its entirety. We’d seen almost 18 hours of adults vilifying teenage boys based on their age, hats, race, religion and an under 2 minute video. Multiple videos and details emerged Sunday that shed a different light on what may have happened, but the damage had been done. As someone who works daily to raise awareness around child and adolescent mental healthcare, the effect a “constantly connected” works has on it and struggles daily with her “younger me”, I was consumed in wanting to scream that we are watching (what feels like silently) as kids take their lives in increasing numbers but are intent on ruining a group of kids even after getting pieces of the whole story. It followed a tumultuous week of battling for what I believe is best for kids and medicating the blows my body kept taking as a result of the brick wall I kept slamming into. My over-empathetic heart could no longer take it. 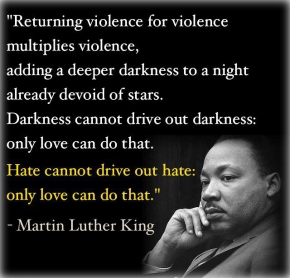 On Monday, a day set to honor a man who taught us that love is the only thing that can drive out hate and light is the only thing that can drive out darkness, Dr. King’s legacy and message was lost in a continuing refusal to say “we might have been wrong”. Tuesday, amid threats of student safety, Covington Catholic canceled classes. On Wednesday, the 17-year-old in the center of it all, appeared on a network morning show to tell his side of the story, while his classmates went to school under increased protection. The berating of him continued and continues still.

Overshadowed in it all, a mere 80 or so miles south of Covington, was the story of a 10-year-old boy who took his life after being bullied over a colostomy bag he wore because 27 surgeries failed to fix a digestive disorder. 10, yes 10. A 10-year-old hung himself in a closet over bullies. And as I write this, his face and story have  already virtually disappeared from the news cycle. Even worse, it happened on Saturday – the same day that a group of kids in the wrong kind of hats stood waiting for a bus and outraged a nation – but this sweet boy’s story wouldn’t come to light until Wednesday and, nearly 24 hours later has worn out its welcome in the news cycle. Cov Cath and a Native American, who we learn more about each day, are still making headlines while a mama prepares to bury her baby over a colostomy bag bullies used as a reason to target a classmate. And my heart breaks a little more.

None of these thoughts have anything to do with politics really. Red, blue, right, left – they all suck. They all leave me wanting to scream, “Hey. Over here. Us. Yeah, us. We’re dying. Literally dying. Please help us. Please. We don’t want to die. Please see us. Please make us a part of your ‘agenda’. Please.” on behalf of my 16-year-old self, 10-year-old Seven, and the 7 other kids in his school district that have ended their lives this school year, 8-year-old Gabriel, a classmate of my youngest’s, the best friend of a neighbor, the sorority sister of the daughter of one of my tribe, and the growing list of young people choosing to die before they ever give living a chance; many of them dying after being bullied, often on social media.

It’s ironic that at a time when I want to scream so loudly, I’ve removed myself from the only places that would seem to provide my voice with a bullhorn. The image of my palm, overflowing with Lithium eight days ago, serves as a not so subtle reminder that self-care comes first; I can’t be an effective advocate if I’m not here to be heard.

My verse of the days this week have been a much needed reminder that we are seen, heard and loved and encouraged to be the same to each other and sometimes need to be “cut off” or “trimmed back” for the good stuff to grow. 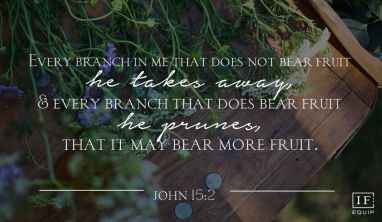 I’ll say this, likely to be seen by only the 5 or so followers of this blog, if you want more kindness, be kinder. If you want more tolerance, be more tolerant. If you want more generosity, be more generous. If you want your voice to be heard, listen more. If you want justice, act justly. Ghandi’s wisdom tells us to “Be the change we want to see.” Look around you and decide if you want to approach each day while carrying a gas can, waiting for a fire to add it to, or a bucket of water, prepared to keep the flames from spreading. It’s time we choose; please choose wisely – our kids lives are depending on it.♥